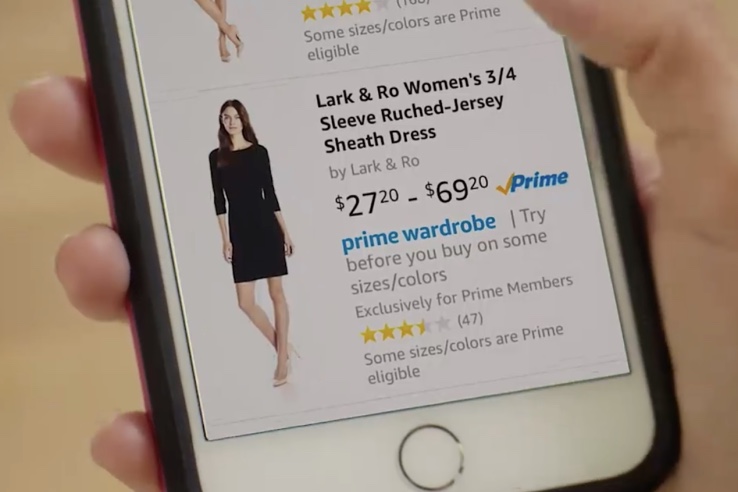 Mobile shopping is on the rise and U.S. consumers are spending nearly 50 minutes in shopping apps per month, or 10 hours per year, according to a new report from App Annie. Shopping apps like Amazon, Esty, Wish and many others, are growing more quickly in terms of total sessions and monthly usage, compared to shopping apps from traditional brick-and-mortar retailers, the report also found.

In the U.S. the top 5 digital-first shopping apps saw more than 60% growth in total sessions year-over-year, during the first half of 2017, compared with just 50% growth in traditional retailers' digital apps.

In terms of average monthly sessions in the U.S. digital-first apps grew nearly 25% compared with 15% for those brick-and-mortar retailers. The top five digital-first apps by time spent in the US during the first half of 2017 were Amazon, Amazon Shopping, Wish, Esty and Zulily. Amazon Shopping was also the top app in the U.K. and Germany, and the number two app in Japan.

Meanwhile, the top five apps from traditional retailers by time spent in the U.S. during the first half of 2017 were Walmart, Cartwheel (Target's app, which is now in the process of merging with Target's main app), Kohl's, The Home Depot and Kroger.

Consumers tend to use the apps from brick-and-mortar retailers while on the go, trying to locate items in store or perhaps while browsing aisles. While the digital-first apps were more often used while on Wi-Fi, indicating the shopper was likely either at work or home when they launched the app.

These findings will come into play this holiday shopping season when App Annie predicts that users will spend more than 12 million hours in the top 5 digital-first Android apps in the U.S., on Black Friday and Cyber Monday combined, or 40 percent more time than last year.

Let us know what you think about shopping online?