ON-DEMAND PLAYLISTS ARE COMING WITH A NEW SPOTIFY 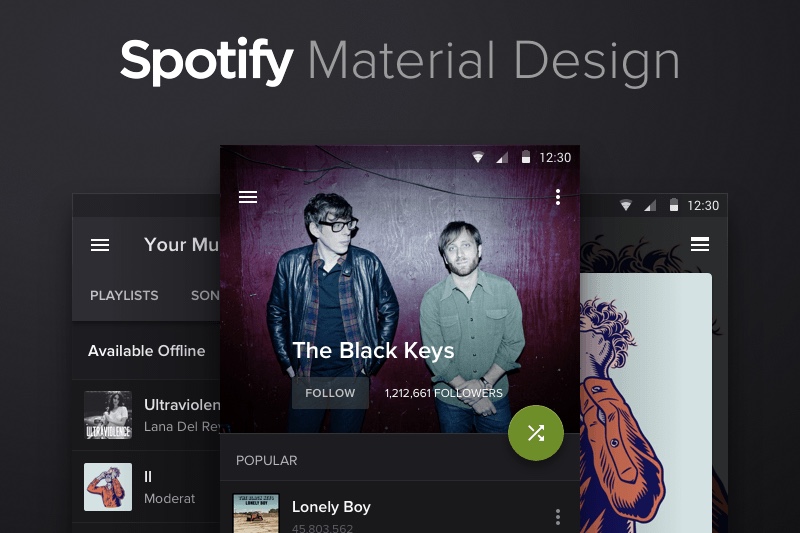 With reports about an upcoming change to Spotify's free tier of services, it appears the music service is now serving the updated UI to selected users.

Even though we do not know if this is the new form of the free version of mobile expected to roll out, these UI changes, which includes options to play songs on demand in selected playlists, would make the free version more like a Premium account.

These reports would specifically impact mobile users and a flyer for the company's upcoming April 24th event recently confirmed that modifications were coming to Spotify mobile. While there are some notable changes, like the new option to play certain playlists on demand and, if a playlist can only be played in shuffle mode, that is designated with a blue shuffle icon. Previously all playlists could only be played in shuffle mode.

New to these changes is that individual songs are displayed while playing. Previously Spotify used full-screen art with certain playlists. Nearly everything in the free version of Spotify is redesigned, from the Search page to previews under playlists that give a heads-up on the songs contained inside.

In January 2018 the company had 70 million paying users. Spotify is forecasting as many as 96 million paid subscribers and a 30 percent increase in revenue to $6.6 billion by year’s end. It’s predicted that the company will likely continue to focus on user subscription growth, and making the free experience better to use is crucial to attracting new people to the service.