CHATBOTS CONNED PEOPLE OUT OF $154 MILLION! 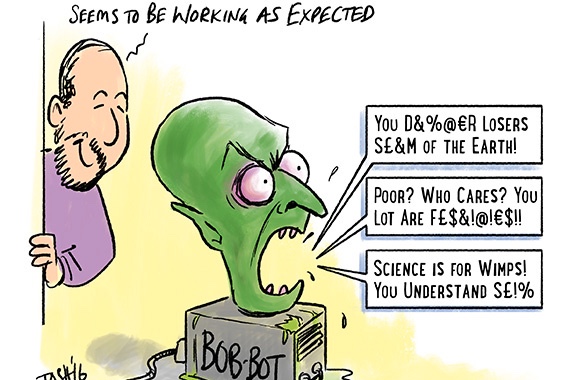 People create fake profiles all the time, whether it be to get to a person who has blocked them, to trick people into liking them or a more sinister reason, it is so common its been named "catfishing". It happens on most social media platforms and is still very common in dating apps. There have been many stories of people organising a get-together through Tinder just to arrive at the date with a person who is 20 years older than their photo.

Certain Chinese dating apps take the cake with this type of dilemma though, with the apps actually having to be shut down because their female profiles turned out to be robots. Over 600 culprits were arrested, operating in over 13 provinces in China, who designed the bots to automatically generate messages to be sent out in bulk to the users.

Investigations into the apps began in August of 2017 when it was discovered that an app was committing fraud by charging users to watch videos that didn't exist. After an extensive investigation, it was found that technical staff within the company were creating fake accounts that automatically created messages that were mainly targeted at new users.

Police stated that the criminals "solicited gifts and posted other messages to lure the user into spending money, and thus illegally generating profit." A total of $154 million was taken from users by these con men. A total of 12 apps were shut down due to the country-wide scam.

This just proves that you have to be careful of who, or what, you meet online!