DID YOU KNOW: YOU CAN READ A DELETED MESSAGE SOMEONE SENT YOU 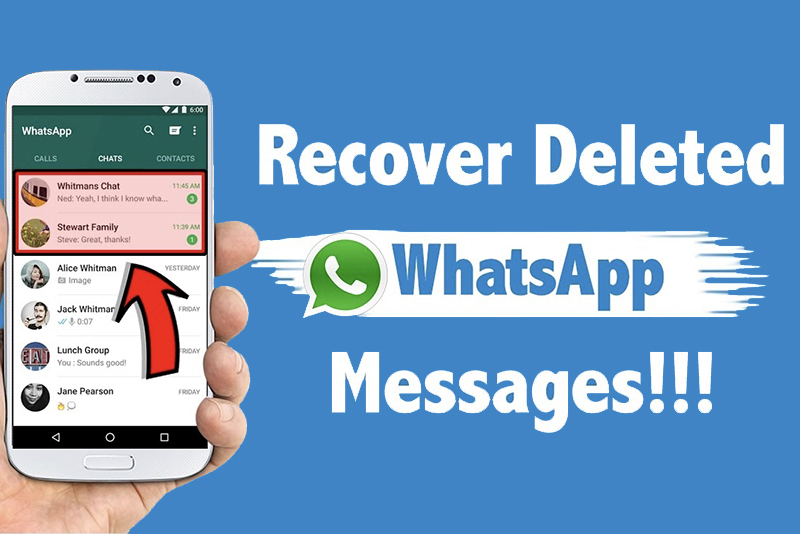 WhatsApp rolled out the "delete for everyone" feature recently, but do delete messages really disappear from the phone? A new report claims that WhatsApp messages that are deleted are actually still on the device and can be easily accessed.

Spanish Android blog – Android Jefe – has claimed that deleted messages are present in the notification log of the device. It adds that the recipient can easily access the deleted messages regardless whether it has been deleted from sender's end.

"What we found is that the messages are stored in the notification register of the Android system. So, it's just a matter of entering that record to see the messages that the other person deleted," the blog said.

How to read deleted WhatsApp messages someone sent you

But downloading a third-party app to retrieve "deleted messages" seems a bit dodgy, even though this is not the first time that reports of retrieving deleted messages have surfaced. Jonathan Zdziarski, iOS expert, last year has claimed that WhatsApp saved chat logs on the device despite it being archived or deleted. Of course, if you've swiped away or seen a message – which is what's required in the case of Android Jefe's notification log exploit – the ability to read it later after it's been deleted is not really a loophole.

One of the biggest use cases of the "delete for everyone" feature has been when a user sends a message to the wrong chat, or if the message sent contains a mistake. It is the latest feature added to WhatsApp in a long list of features introduced this year and is the biggest change to the chat app since blue ticks aka send receipts.

If you do try it out, why not let us know in the comment section below.