EMOJIS HAVE BEEN ADDED TO THE DICTIONARY 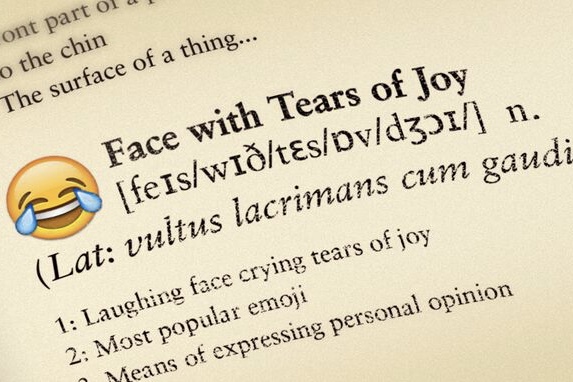 This news is literally on 🔥. Today it is okay to use emojis as a replacement for words in articles because they are getting the official recognition they deserve. Dictionary.com is charting the change technology is having on our language by adding official definitions to symbols.

Research with the same vigour used by lexicographers trying to define a new language, the site can now chart what people mean when they use symbols such as the aubergine (eggplant) emoji. (It is a dick, guys!).

But before it’s dismissed as juvenile, esteemed lexicographer, Jane Solomon, who sits on the Unicode Consortium subcommittee that reviews proposals for new emoji, defends the decision. "These aren’t just a joke," she said. "These aren’t something that is silly or stupid. These are real ways that people are communicating with each other."

Some research have been done by Tenor, and the results were that more than 80% of the users use visual expressions like emoji and GIFs to communicate. With the absence of facial expressions in face-to-face interactions they provide much-needed clarity, and a third of millennials say these emojis and GIFs actually communicate their feelings and thoughts better than words do.

Here are a few Dictionary.com definitions from the new archive of digital culture:

💅
“The nail polish emoji can serve as a tone marker indicating sass, fanciness, nonchalance, or self-confidence across a variety of digital contexts.”

🔥
“It is used to signify that something is cool, awesome, exciting, or more colloquially, 'on fire.' It can also convey that someone is sexy."

🐐
“When not alluding to the literal animal, the goat-emoji stands for GOAT, an acronym meaning Greatest of All Time. It is generally used in reference to highly skilled individuals, such as award-winning musicians or talented athletes, in order to praise them as being the all-time best in their chosen field.”

🍆
“The eggplant emoji depicts a long, purple eggplant, and it is commonly used to represent the penis.”

😂
“Face with tears of joy is an emoji that represents someone laughing so hard at something that it makes them cry.” Obviously!