FACEAPP GETS IN TROUBLE FOR NEW RACE FILTERS 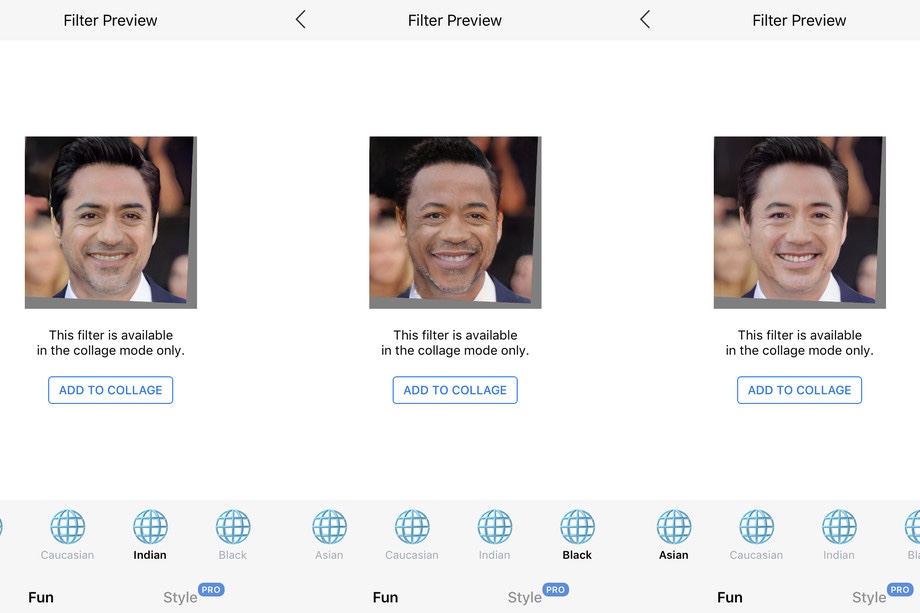 The popular selfie-editing app offers Black, Indian and Asian filters – and users aren't a fan of the new feature.

The app was previously used to transform users' pictures by making them look older, younger or giving them an artificial smile. But, earlier this month, the app's creators updated their software with four new filters: "Asian", "Black", "Caucasian" and "Indian". Users could select these options and the app would alter their appearance by changing the colour of the skin and the hair.

This was seen as a sort of "dress up" feature for people to change their ethnicities. The Snapchat app had previously been criticized for implementing a similar feature when it released a Bob Marley selfie filter to celebrate 4/20. And now, FaceApp has been criticized for racial insensitivity with the new racial feature.

This is not the first time FaceApp has been criticized for racial insensitivity. It was previously criticized by users who felt that its "hot" filter lightened the users' skin tone – associating "hot" with lighter skin.

The company later apologised for the feature and CEO, Yaroslav Goncharov explained that the effect was an "unfortunate side-effect of the underlying neural network caused by the training set bias."

In other words, the software that was used to change users' appearance had been fed only pictures of white people, so this was the skin colour associated with "hotness." This sort of data-led bias is a huge problem in the field of artificial intelligence with problems regularly embodying racial and gender prejudices because of the data they're trained on.

In this case of FaceApp's latest racial feature update, however, Goncharov claims there was no bias or prejudice involved. "The ethnicity change filters have been designed to be equal in all aspects," he said. "They don't have any positive or negative connotations associated with them. They are even represented by the same icon. In addition to that, the list of those filters is shuffled for every photo, so each user sees them in a different order."

However, users' point out that the order of the filters is not the main issue – it's the fact that they were offered in the first place.

The latest update on the issue came with FaceApp's CEO statement that: "The new controversial filters will be removed in the next few hours" – August 9th.