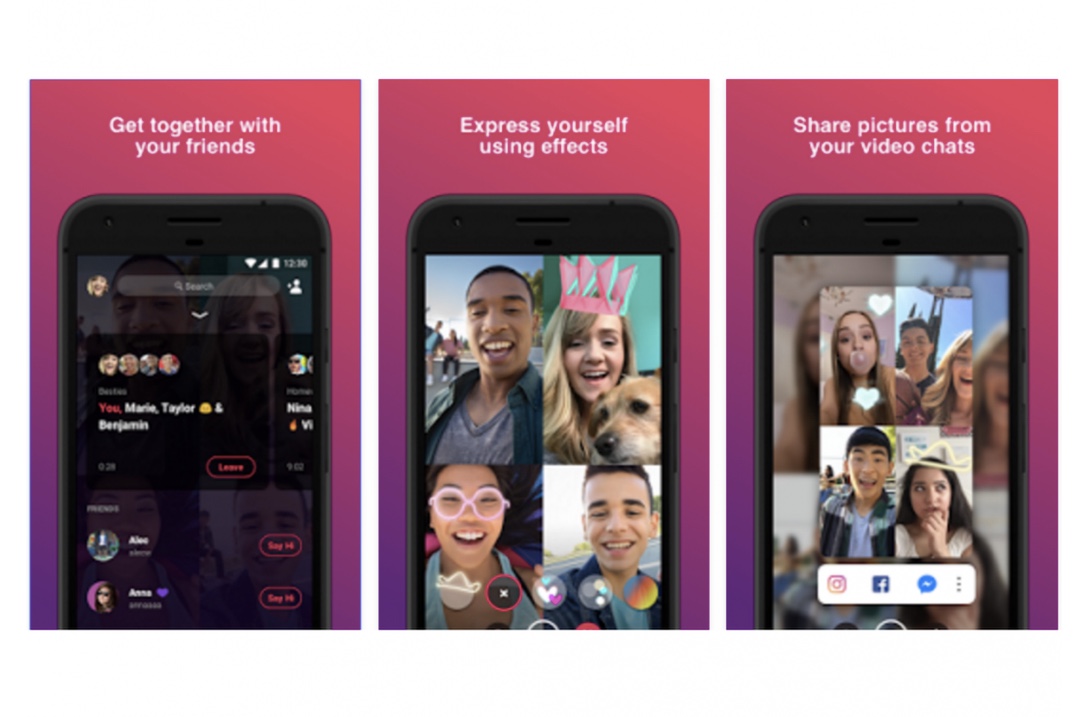 Facebook is on a mission to keep young users on their site, and has created a new group video chat app called Bonfire!

The app seems to have been designed to encourage younger Facebook users to engage more with the site, but, so far, has only been made available to a limited number of smartphone users.

Essentially, the app allows you to video chat with groups of friends and features several Snapchat-style effects and overlays.

Bonfire is currently only available in Denmark and was first spotted by the Next Web's Matt Navara, who managed to download it from the Danish App Store.

"Bonfire is a group video chat app that lets you hang out with your best friends and meet news ones," according to the app's description.

It adds: "When you open the app, instantly start video chatting with friends. Use effects to express yourself and take pictures of your video chats to share on Instagram, Facebook, Messenger and more. From doing homework to catching up, Bonfire is the best place to get together with all your friends."

The app sounds quite similar to 'Houseparty' – another group video chat app that is popular among teenagers. Even though you can already hold group video chats on the standard Facebook Messenger, setting one up is a bit of a mission and most people just use it as a text-based communication app.

Even if you haven't yet downloaded Bonfire, you can still join Bonfire video chats through Messenger.

This is all an attempt to keep younger users on Facebook. According to a recent report, Facebook's user base of 12-17-year-olds in the US and the UK will be shrinking this year, as younger users are "less-engaged" with Facebook than they are with other social networks.

Apparently, younger users are spending less and less time on Facebook, are logging in less frequently, and are even quitting Facebook altogether.

Let's see if Facebook's Bonfire app can keep youngsters on the site and keep Facebook alive!