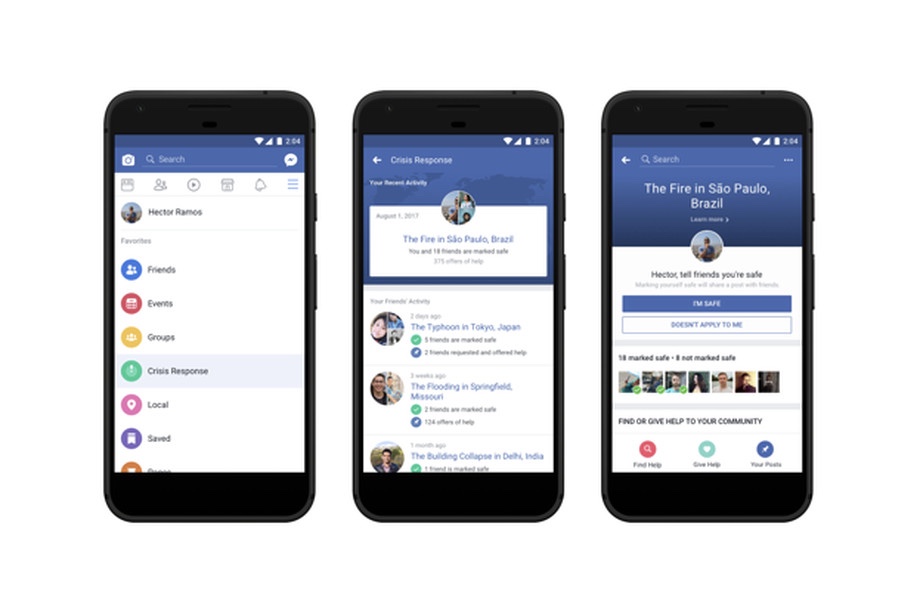 Facebook has launched a new Crisis Response hub in the hopes of helping their users during disasters and attacks! This new hub includes tools such as Safety Check, Community Help and new fundraising methods.

This new feature will act as a central hub for all of the company's safety-related tools. The primary tool, Safety Check, will allow Facebook users to tell their friends and family members that they are safe during natural disasters, terrorist attacks and life-threatening incidents.

In addition, the centre will include a mix of public Facebook posts, news articles, videos and photos that will keep people informed and up to date with the crisis at hand.

The Community Help addition (first introduced in November 2016) is another tool for safety on the platform. This feature includes a tool for coordinating help during a disaster and an all-new fundraising feature to support individuals and groups that have been affected, as well as non-profit organizations with relief efforts.

Facebook has recognized its role in disaster relief for quite some time now, as well as its utility that can be used as a way to check in on users' loved ones that may have been affected by any number of potentially devastating global occurrences.

Safety Check was first introduced in 2014 but deployed at a wide state scale during the 2015 Nepal earthquake, and it was Facebook's signature feature in this area. It gave users a fast and simple way to mark themselves alive and well amid the chaos of a natural disaster or attack.

Now, Safety Check can be activated automatically by an influx of user posts and a confirmation from third-party news or government sources. This decision resulted in some false scares, however, like a Safety Check activation in Bangkok, Thailand over firecrackers that were mistaken for bombs thanks to an outdated news story and consequent flood of user posts that scrambled Facebook's algorithm.

However, despite these setbacks, Safety Check has emerged as a defining feature of the company's new community-driven mission and is undoubtedly one of the most significant utility tools the social network provides.

Now that it lives under a new centralized hub, with more resources to offer, it will likely continue to be a unique technological reassurance for victims of any world crisis, which now happens to play out globally of social media.

Facebook aims to provide a tool for safety for its users, and continue to recognize its large role in keeping users safe!