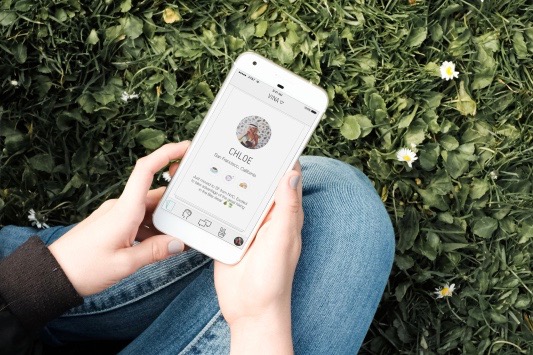 Hey! VINA, the friend-finding app for females, has just announced the launch of an Android app!

The VINA app is pretty much identical to Tinder – except the end goal is to find a female friend, not a hot date.

VINA uses a matching algorithm that factors in mutual friends, interests, locations as well as information gained from BuzzFeed-style quizzes within the app. Unlike Tinder, the app only shows one photo and doesn't just rely on swipes.

In addition, VINA has a media-driven approach to building communities with the VINAZINE. Headlines on the VINAZINE include things like "10 underrated Instagram accounts to follow right now," "6 DIYs that will make you feel and look younger instantly," and "3 reasons your potential bestie turned into a friendship one-night-stand."

According to the company, the app has received 100,000 downloads in its first week available on iOS in the beginning of last year. They received requests from more than 500,000 people asking for the Android app – so they decided to do it!

VINA has matched more than 1 million people and is now live in 158 countries.

"Our goal is to help people find sisterhood and connection and helping them go through life," said Olivia June Poole, founder and CEO. "We want people to see that they have allies and have backup when they share their stories and a shared connection in their experiences."

The VINA app for Android will be launching with an account dashboard. This allows users to see their social stats, create a friend list, take quizzes and manage their community memberships. In addition, the app will have a group messaging feature for women who have found a sisterhood connection in groups!

The move to Android was definitely inevitable, with more than half of the traffic to the Hey! VINA website coming from Android devices.

And now it's finally here!