THE FACE THAT LIES BENEATH – A MAKEUP REMOVAL APP? 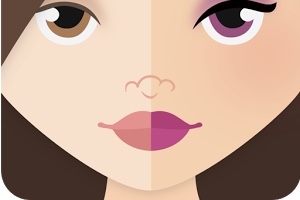 There are endless apps that add filters and enhancing tools designed to make a person look better or hide any flaws. There are even apps that let you digitally apply makeup to your face in an image just in case you forgot to apply makeup on photo day.

Now, there is a new artificial intelligence app that defies all odds. It is called MakeApp and it, ironically, removes makeup from a persons face in a photo. Yep, it was created by a man who probably thought that taking a girl swimming on their second date was just overrated. Your date would now be able to upload any photo of you to see what you look like without makeup. A little invasive but, hey, at least it takes away the awkwardness of the morning after that first sleepover.

The app hasn't been widely advertised due to the sexist accusations that people were making, claiming that the creators were trying to expose and hurt women. But founder, Ashot Gabrelyanov, claimed that it was not the aim of the app, in fact, MakeApp does also have an option that allows the user to add a filter that applies makeup to the persons face.

It does not come without flaws though, as the app seems to lighten darker skin tones and seems to simply remove color from the face that comes from eyeshadow, eyelashes or foundation. Ashot claimed that the app was created with the purpose of identifying human traffickers who often disguise themselves with heavy makeup, however, the app simply lightens the face color and removes the darker colors created by makeup, it won't necessarily reveal the true facial features of a person.

It is available in the app store for free but after using it on a couple of photos, it does request a charge to continue using the app.

What do you think of an app that removes peoples makeup – creepy or cool?