TINDER'S NEW FEATURE LET'S YOU SEE WHO'S ALREADY LIKED YOU! 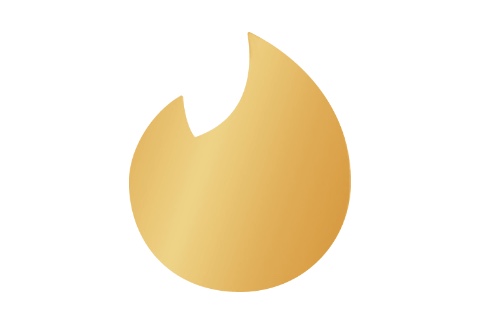 Until you realise that Tinder is actually full of f*ckboys, psychopaths and people who might steal your dog, it might still be fun to try out. I mean who does not love meeting someone and having a great time only to get ghosted?

The good guys and girls over at Tinder have made your lives easier by bringing you the feature that your lazy thumbs always wanted – to see who has already liked you!

Tinder Gold was announced back in June, but it was only available in certain countries, but they are spreading the feature that might actually get those thumbs warmed up again! How it works is that you’ll be able to see how many people have already liked you, at the top of your match list.

You then click on your ‘Likes You’ grid, where you can brutally reject, instantly match, or do some further research into profiles.If you’re already swiping, anyone with three gold stars next to their profile means they’ve already swiped right on you.

For £4.66/month, you not only get to see who’s already sweet on you, but you get Passport (so you can match with people overseas and have dates waiting in every port), unlimited likes, five super likes a day, rewind (where you can rectify a hasty swiping mistake) and one boost per month (where your profile goes top of the pile for 30 minutes).

If you see that someone has already given you the thumbs up and you’re feeling a little low/desperate/thirsty, then you’re probably more likely to give them a chance, even if they’re not exactly what you’re after.