VIDEO: BE CAREFUL WHAT YOU WHISPER... 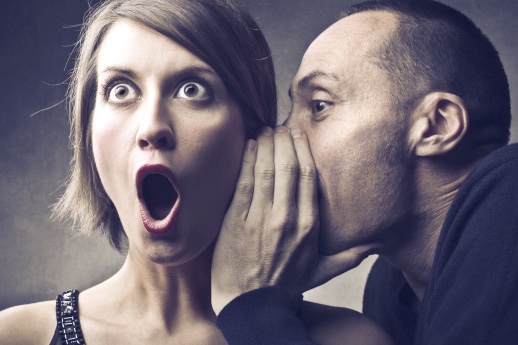 Whisper is an app that allows you to post whatever your heart desires, anonymously, while superimposing the text onto a picture. It has been described as a mixture of Twitter and Snapchat. Users create their own unique alias name and allows them to choose from a variety of fonts and photos. It is available at no cost on iOS and Android.

The most attractive feature of this app is that the user is able to remain 100% anonymous to everyone. Users have to be 17 or older and they are not able to follow other users nor does the app allow people to make a personal profile. The only information a user is able to add to the post is the name of a school or group but the app doesn't require any access to your social media profiles or email address.

There is no search function in which users would be able to search for another anonymous user but it does allow users to search for a post by category, location, editor's picks or the latest posts. Users are able to respond to whispers by sending your own Whisper, liking it or using the private messaging feature. Many Whispers have appeared on social media because they are hilarious (without revealing the person's identity of course) but it also allows users to air any frustrations and built up emotions without the fear of being discovered or judged.

The app was released in 2012 but only began becoming popular at the end of 2013 and reported 2.5 billion page views per day. The users are mainly teenagers and young university students and is a similar digital version of the "Post Secret Project" in which people would mail their secrets written on the back of postcards. The app was created with the intention of allowing people to vent their deepest secrets, which are moderated, and those who post particularly concerning content are offered professional help.

There are, as always, reasons to be cautious of apps like these. While the app is anonymous, it is not void of the risk of being hacked and having usernames and phone numbers leaked – which is a disaster that could ruin many users' reputation depending on what they post. The secrets you post on Whisper don't necessarily disappear after a certain amount of time and can be used on other sites like Buzzfeeds or even posted on Facebook by other users. If the amount of Whisper users in your area is very limited, it could also be easy to put the pieces together and figure out who posted the Whisper.

As if Tinder and other dating apps aren't bad enough, trying to pick someone up or get a date off of an app that prides itself on anonymity, would be even more dangerous. Just think about meeting someone without knowing what they look like, their name or any other information about them. The person is also able to use personal secrets posted on Whisper to manipulate the user if their heart so desired.

Whisper has good intentions and can be useful to vent what you aren't able to tell others, but it doesn't come without dangers, it's perhaps not as "anonymous" as you think!