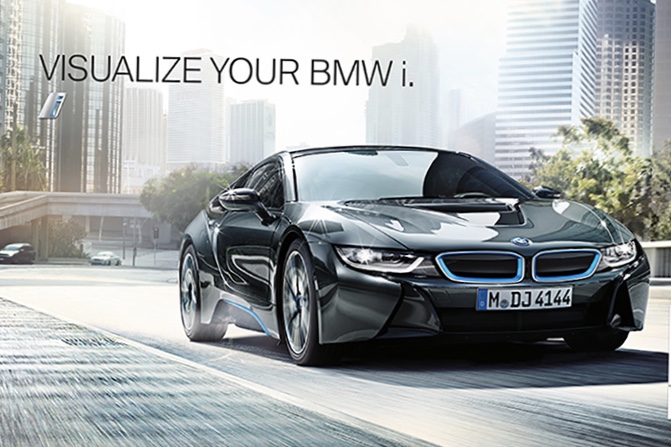 Augmented Reality is taking the world by a storm, and earlier this year BMW unveiled its new 2018 i3 electric car with a small design refresh and new sports package.
Earlier this year, Apple officially unveiled its new ARKit platform, that enables developers to take advantage of all the augmented reality capabilities of all of Apple's most recent devices.

Augmented reality and smartphones have given users the chance to virtually materialize bimmers in their garage, living room and on top of their cat. Millions of Apple users can do the same with the BMW i visualiser app. BMW is one of the first car brands to take advantage of Apple's ARKit, but do not go opening the app store just yet...

Instead of satisfyingly clicking on the solid-blue 'GET', some iOS folks may not be able to download the app. The app is only available for download on iPhone 6s/6s plus and newer, as well as the 2017 iPad and iPad pro. The app, unfortunately, "requires specific features not available on this device." but that is to be expected.
Overall the app is a good experiment in the early days of augmented reality and, for now, the BMW i visualiser is inching ahead of the smartphone marketing curve. In the past, car junkies would scatter posters across their walls, but now they can project an actual car virtually anywhere. These shaky projections viewed in tiny screens do not quite replace a classic photo of a sexy car mounted on the wall of a man-cave, but they might be close.

Several automakers are seeing a potential for augmented reality to complement their retail experience with the ability to see a vehicle virtually anywhere and explore it in detail while being able to change its configuration at the touch of a screen.
You can look at the video below to see how the BMW i3s electric car looks like on the Apple ARKit.