VIDEO: FIND YOUR MUSEUM DOPPELGäNGER WITH GOOGLE ARTS AND CULTURE 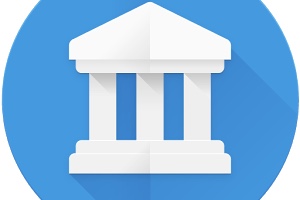 The Google Arts and Culture app is helping the uncultured people of the world keep up to date on upcoming and historical art, which is especially useful for those who aren't such fans of spending hours in a museum. It allows users to learn about the stories behind historical places and world-famous paintings.

If you feel like having a cultured day but don't feel like leaving the comfort of your house, the app allows you to explore famous galleries using "street view". The app even delves into fashion, displaying the world's fashion trends during World War 2. The app gives users easy access to cultural wonders ranging from castles and famous ruins to tours of natural history museums. The user can immerse themselves in a cultural wonderland using virtual reality. Google Arts and Culture suggests museums and art galleries near you based on your location and uses an "art recogniser" to give you more information about a painting by simply pointing your camera at it.

All of these features make it a pretty valuable and educational app, but the app has recently exploded with stars like Kate Hudson and Kristen Bell mentioning it on their social media pages. There are very few times that celebrities promote apps on such a large scale but who could blame them with the new selfie-matching feature. It uses facial recognition technology to match the person's features to a famous art piece in the database. The aim of this new feature was to make art more interactive and give people an easier way to interact with cultural artefacts.

Although theselfie feature is not the available worldwide just yet, theapp itself is free and available on Android and Apple. Theselfie feature is still in an experimental phase and is therefore only available in certain parts of the US. Many people have expressed interest in the feature but there has also been an outcry on the limited matches available for people of colour. They found that their features were either distorted or that there was little variety of art pieces featuring people of colour. The app clearly displays art's historical biases depicting people of colour in stereotypical art pieces as slaves. When Google Art Project first launched in 2011, it had only partnered with 17 museums, most of which were located in Western Europe and Washington D.C., New York – leading to accusations of Eurocentrism.

Shortly after these accusations emerged, they broadened the art spectrum to museums and galleries in over 70 countries but it is still obvious that European and American culture dominates, showing the necessity of cultural diversity. Unfortunately, Google Arts and Culture aimed to become more diverse but with such little diversity in museums themselves, the algorithm used to match selfies simply perpetuates this. As the app is still in its experimental phase, Google is taking the opportunity to adjust the algorithm to challenge racism and Eurocentric culture.