VIDEO: HOW FUTURE-TECH WILL CHANGE THE WAY WE SEE THE WORLD 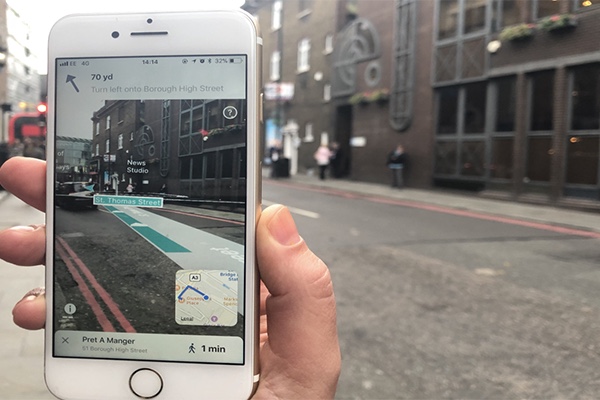 Technology is getting better by the day, computers can recognise faces and shapes and making connections between images, heralding a new age of visual search that could transform the way we interact with the world around us.

Surely, all of us have used some sort of app to navigate around an unknown neighbourhood, and yet somehow you end up going in the wrong direction. And before you realize you are going the wrong way your GPS will jump in and tell you to make a U-turn in the next few meters.

The problem is that GPS signals do not work so well in built-up cities, bouncing off the walls of tall buildings and can get a bit lost.
Now, imagine there was no need for GPS but, instead, arrows could be overlaid on a smartphone camera's field of vision that could show you which way to go.

The Blippar's AR City app is an example of such an idea. It is one of many applications of mixed or augmented reality and computer vision working together.
Computer vision is a branch of artificial intelligence that involves teaching computers how to recognise and discern between objects in the real world.

The guys at Blippar have developed "urban visual positioning" that it claims has double the accuracy of GPS. This computer vision feature, incorporated in its new app recognises exactly where users are and overlays directional information on the phone's screen.

So users will be able to see which direction they should drive or walk. This level of detail is currently only available in Central London in the UK and San Francisco and Mountain View in California, US, explains Danny Lopez, Blippar's chief operating officer.

Basic navigation, using AR overlaid onto Apple Maps, will make is easy to navigate through 300 cities and make use of existing GPS technology added Lopez. Street names and information about points of interest will also be overlaid onto the maps.
This beta version of the AR City app is only available for Apple iPhone 6s and above.

However, Blippar initially specialised in applying AR to marketing – making products come to life when you point your smartphone at them.
But since then it has refocused its attention on "indexing and cataloguing the physical world", says Lopez.

But getting machines to understand the world visually is no mean feat.
"Historically, computers have understood and organised text data," says Ian Hogg, principal analyst at research firm IHS Markit.

"But in recent years we've seen computers organise photos based on understanding the composition – whether they are mostly beaches, forests, people and so on. Now they're moving into real-time analysis – such as the Microsoft Translate app recognising a sign and translating it instantaneously," adds Hogg.

Computers do not see digital images, they see and read in numbers, so they have to be trained to interpret those patterns.

"This involves breaking down thousands and thousands of images into pixels then using algorithms to teach the machine the difference between a human, a house or a car," says Lopez.

It took the company three months to train its system to recognize every make and model of car in the US with an accuracy of 97.5%, he says.
This could not have been achieved without the rise of cloud computing power. Ben Silbermann, the co-founder and chief executive of Pinterest, said the "visual discovery tool" that has 200 million users globally, and his company is "at the leading edge of computer vision".