VIDEO: SURKUS ' THE APP THAT PAYS YOU TO PARTY 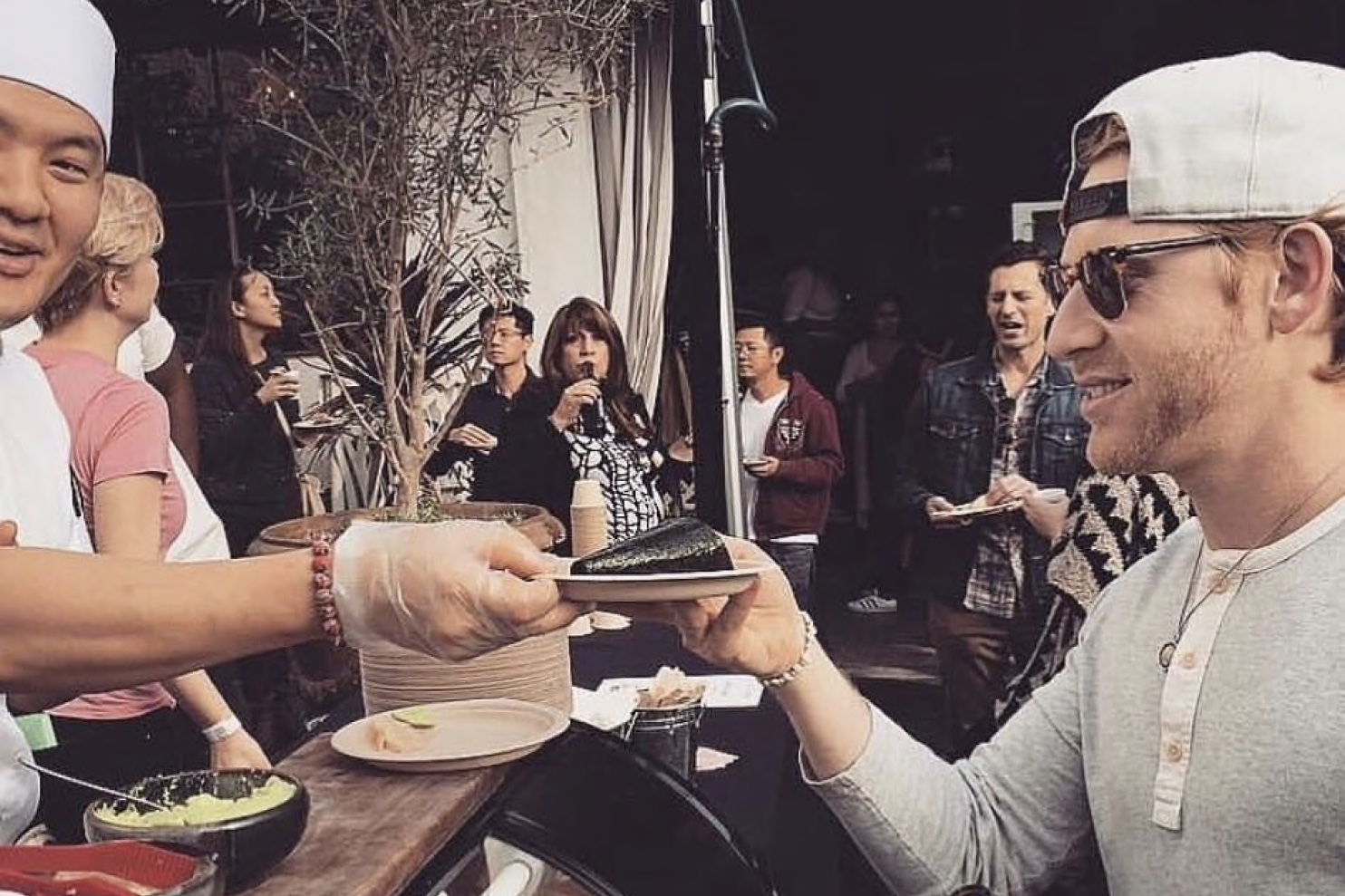 That's the slogan for the Surkus app created by Stephen George. When you see all the cool kids standing outside that new restaurant – it's because they're being PAID to be there.

This emerging app allows restaurants to manufacture the ideal crowd for an event and pay the people to stand in place like extras in a movie – making the venue look popular, attractive and target the right crowd.

These people have been handpicked by a kind of casting agent algorithm that categorizes people according to age, location, style and Facebook interests.

The excitement that these "props" are showing at the event could also be part of the production. No one is forcing the participants to stay, but if they do leave, they won't get paid – and their movements are tracked with geolocation.

In addition to this, if the participants act bored and idly stand by in the line, their "reputation score" could be ruined – and this is an identifier that decides whether they will be "cast" again.

This is what we call "crowd-casting".

Now, the Surkus app raises new questions about future advertising and promotion. While social media is usually the tool used to attract individuals to an event, businesses may be able to do the same just by renting beautiful people for the night to blend into the crowd. Have marketers found a new tool that offers them an incredibly efficient way to link brands with potential customers, allowing individuals to turn themselves into living extensions of the

Have marketers found a new tool that offers them an incredibly efficient way to link brands with potential customers, allowing individuals to turn themselves into living extensions of the sharing economy using structured, manually beneficial transaction? It depends on who you ask...

Surkus's 30-year-old chief executive, Stephen George, considers his app to be an online matchmaker that pairs companies with people who actually want to hear from them. If the aoo is successful, it could stop the expensive role that promoters and public relations firms have originally played in advertising and brand building.

"So many companies know their core demographic, but they don't know how to get a hold of those people," said George.

"They hire promoters and marketers and PR agencies to connect, but it's a one-sided interaction that involves blasting out a message to get people engaged, but they don't necessarily know if that message is being received."

However, not everyone is convinced that the Surkus app will improve that reception...

"I understand the need for quick results and attendance and that sometimes brands need people lined up at their door, said Kerry O'Grady, a professor at NYU's Schoo, of Professional Studies who teaches a public relations course.

"Okay, you have a bunch of pretty faces at a party, but what does that do?" she continued. "It's not going to do anything if they just want to get paid to party and have no attachment to the brand itself."

According to the CEO, the company has amassed 150,000 members in Las Angelas, New York, Chicago, Miami and San Fransisco. The app is available to anyone because members of all ages and backgrounds are drawn by the chance to be social and get paid – according to George.

The app launched quietly in 2015 and, since then, members have attended 4,200 events for 750 clients, including big-name brands, hospitality groups, live-ticketed shows, movie castings and everyday people who want to throw a party.

Users can be paid as little as $5 and as much as $100 – though the average for most events is $25-$40. Profile users can earn as much as $4,000 a year – and Surkus takes a portion of the client's budget for each event. Surkus is supposed to help with these transactions.

This is how it works: once an event has been scheduled, Surkus's algorithm sorts through users using the clients' desired search criteria. For example, a gaming company throwing a launch party might want the app to find men and women aged 18-32 who like comic books, day parties, dance music and the company's product. All of this information is found on the users' profiles.

Caroline Thompson, a user of the app, attended an event at a Chicago club and noted that "it was a little weird that probably 80 percent of the women at the club were there because of the app." She was paid $40 to attend the event.

O'Grady called the Surkus system "scary", saying that it raised ethical questions for companies that use the app to get crowds.

"Good PR is all about transparency," she said. "But in this case, you're telling people to be discreet, but you're also telling us the events are organic and that people want to be there, and that's not okay."

George rejected the accusation that Surkus allows brands to create fake events that manipulate consumers, and said, "we want to know as much as possible about you, so we can make sure we're on target with your interests and what you love to do, so that you just can't say no to an invitation."

Surkus isn't only being used to attract people to parties, it is even being used to fill movie theatres in LA and New York – according to a research company involved.

The app is a tool that is helpful for performers that are desperate – instead of helplessly handing out fliers to their events, they turn to Surkus.