VIDEO: THE APP THAT WILL MAKE YOU WISH YOUR BATTERY LIFE AWAY 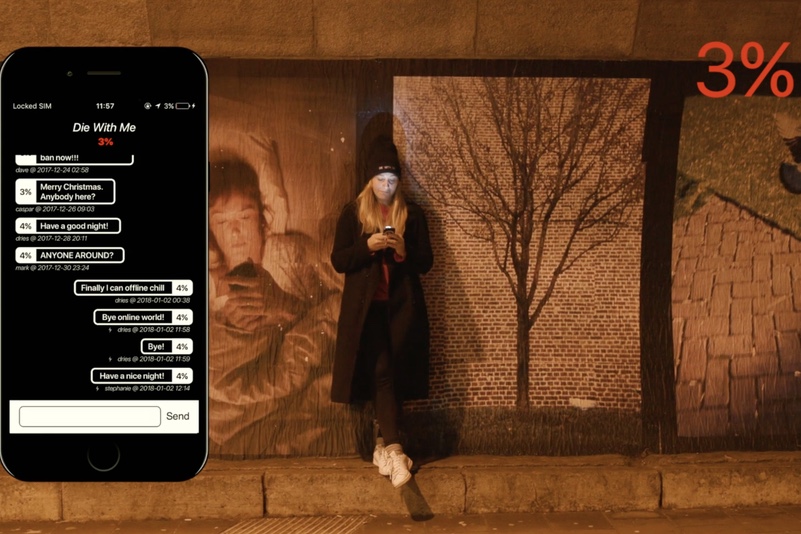 Die With Me sounds like a pretty morbid name for an app but the concept isn't as morbid as you would think. The app functions as a chatroom that connects people who's phones are dying. Not literally though, it connects the user with other people who's batteries are less than 5%.

Creator, Dries Deporter, built the app to help people "do something positive with low battery". It was supposed to be used as a dating site, pushing people to meet in person due to the lack of time they have to chat.

Although the features and functionality is limited so that the app doesn't drain your battery faster, it simply asks for your number and a nickname to allow you to access the messaging service. The app doesn't give the user any option to send photos or videos and no one has a profile picture, so users are only known by their nicknames. The app preys on peoples feelings, on fleeting moments in life, and hopefully make a couple of new friends along the way.

It seems like a pretty strange concept to think about, but Deporter explained how he conceptualised the app: “I have to travel a lot to speak about my work at all sort of conferences, I was in a city that I didn’t know on my way back to the hotel, and my phone battery was low. I was really stressed about this as it was already turning to night. At that moment, I had the idea for an app that you can only use when you have low battery. But I didn’t know how it would work until we came up with the idea of making it a public chatroom.”

Although the creators had trouble getting it onto the iOS store, once it was released, it took 15th place in the store's entertainment category. Die With Me has recorded over half a million messages in conversations so far and an average of 8 people in the chatroom at one time.

The app is currently available on the iOS and Android store for $0.99.