VIDEO: WANT TO BECOME A DJ? IT CAN BECOME A REALITY BUT ITS VIRTUAL 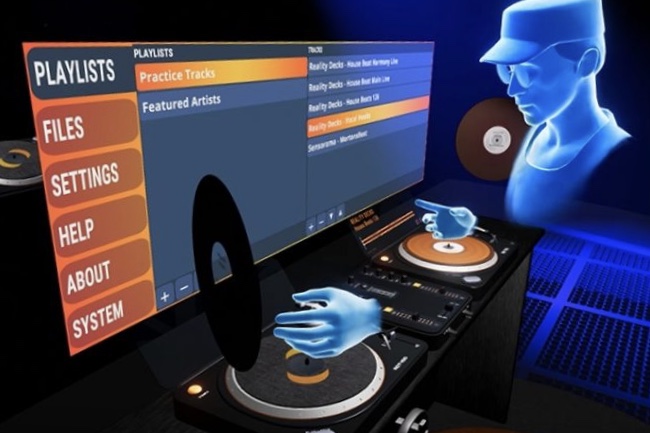 Playing video games in virtual reality is one thing, but becoming a DJ is another.

In this unprecedented application, you will be able to DJ mix, and record on virtual vinyl turntables, omitting the need for physical hardware to spin tunes. The Reality Deck application uses an exclusive turntable called the RDT-100.

"The RDT-100 accurately models the feel of a direct drive turntable and slipmat but also features unique control mechanisms that make precision mixing possible in VR," states the press release.

Alongside the exclusive RDT-100 turntable, "10 tracks from up-and-coming featured artists, five practice tracks, and 25 vocal hooks for scratching come packaged within the application."

If you are not a DJ, fear not, the Reality Decks application is also for one that is looking to get into the art of DJing without having to spend hundreds or even thousands of dollars on hardware and software. To get you started, the application comes programmed with six tutorials that will guide you through the fundamentals of what it means to become a DJ. It will teach you how to operate the controls, slip-cueing and beat matching.

The application was built in London by Philip Mackenzie, a developer, producer, and DJ. He produces and DJs under the name Phil Mac.

In the meantime have a look at the video below to see what the Reality Decks look like.