VIDEO: YOUR MATHS HOMEWORK DONE IN JUST ONE PICTURE 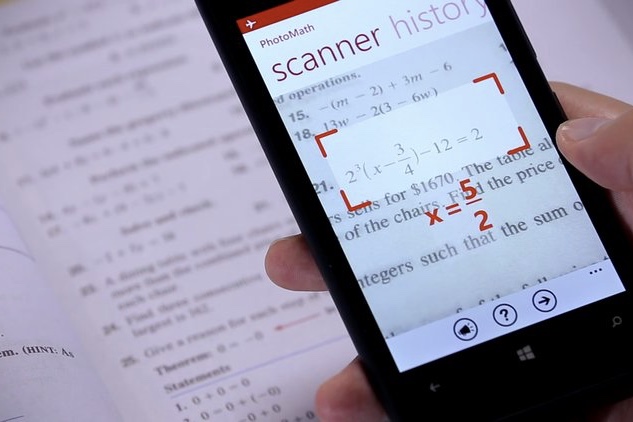 After high school, the majority of the population throws out their advanced calculators and rejoices in the thought of never having to look at another equation again. That is, until you have to help kids with their homework and your phone’s calculator just doesn't cut it.

Photomath claims to solve all of your maths problems (literally and figuratively) and it's being dubbed a “smart camera calculator”.

It's as simple as pointing your camera at a math problem and the app will produce the answer as well as a step-by-step guide on how to solve the problem. While the app can literally do kids’ homework for them, it can also give them an understanding of the logic behind the answer in a few steps.

The app was created by a company called MicroBlink, which uses text recognition technology that interprets the math problem once it has been scanned – providing instant feedback. Photomath supports basic arithmetics, fractions, decimal numbers, linear equations and several functions like logarithms. The app doesn't recognise handwritten text, for now, meaning that users can only scan textbook equations by placing the equation within the red frame.

There are a few kinks that need to be worked out along the way, aside from only recognising printed text, such as the text recognition technology mistaking an "X" variable for a multiplication symbol, and the red frame limiting the length of the equation that can be scanned.

However, maths equations are just the beginning for MicroBlink as they plan to make advances in using the technology to revolutionise online banking.

Photomath is available on iOS and Android operating systems at no cost!