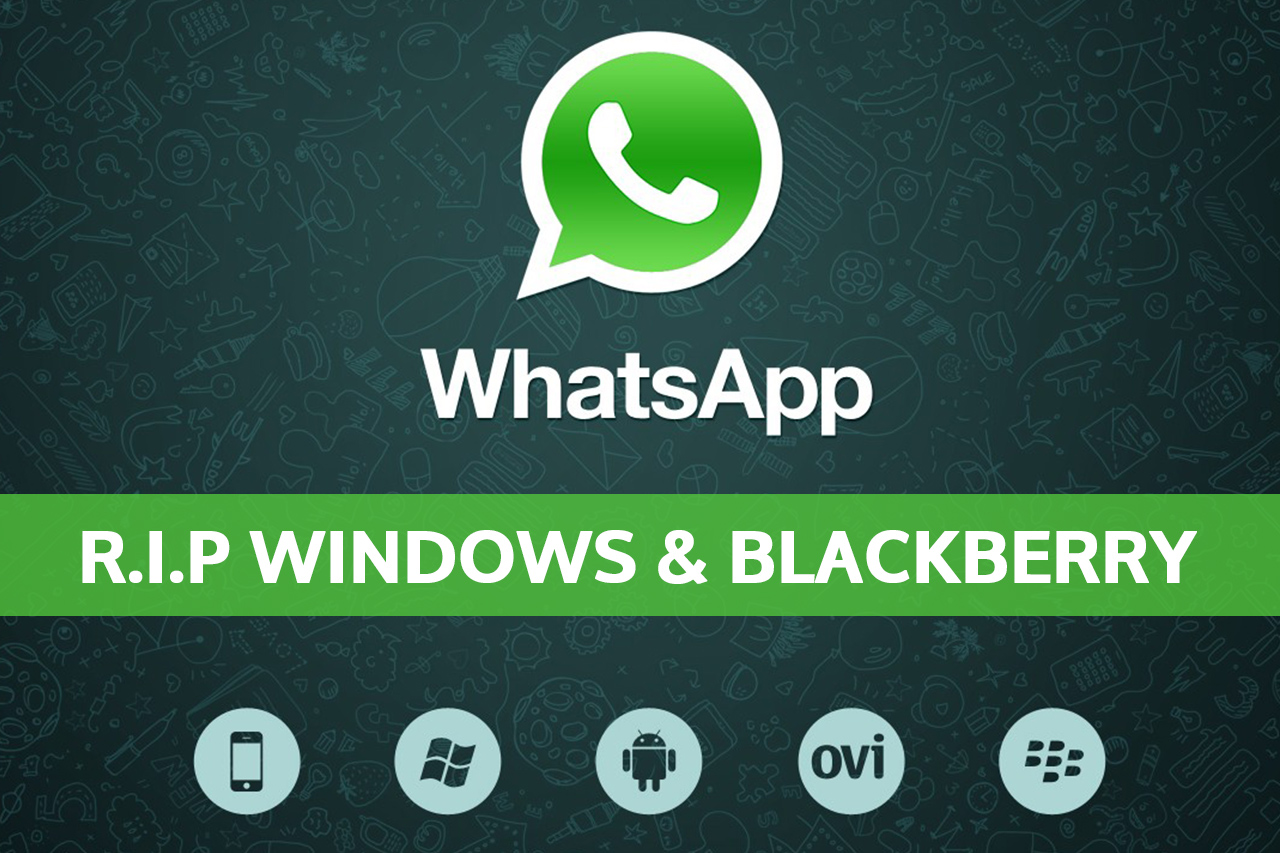 If you are one of those users that are still running an old operating system on your smartphone, it is time to consider an upgrade. WhatsApp has decided to no longer support BlackBerry OS, BlackBerry 10 and Windows Phone 8.0; which is entirely understandable given only a few people still using them.

The messaging app has previously stopped supporting Android 2.3.3, Windows Phone 7, iOS 6, and Nokia Symbian S60. And now it is adding BlackBerry OS, BlackBerry 10 and Windows Phone 8 to the older list.

WhatsApp has also signposted which operating systems will lose the support of the messaging app. Nokia S40 users have until December 31, 2018, and any user still using Android 2.3.7 has until February 1, 2020. On the support page announcing this move, WhatsApp explains:

“These platforms don’t offer the kind of capabilities we need to expand our app’s features in the future. If you use one of these affected mobile devices, we recommend upgrading to a newer OS version, or to a newer Android running OS 4.0+, iPhone running iOS 7+, or Windows Phone 8.1+ so that you can continue using WhatsApp.”

It is only a matter of time, so it is best to just upgrade to a more recent operating system that supports WhatsApp.

Are you still using an old operating system? If so, is this going to make you upgrade to a newer phone? Or can you live without WhatsApp? Let us know in the comment section below!