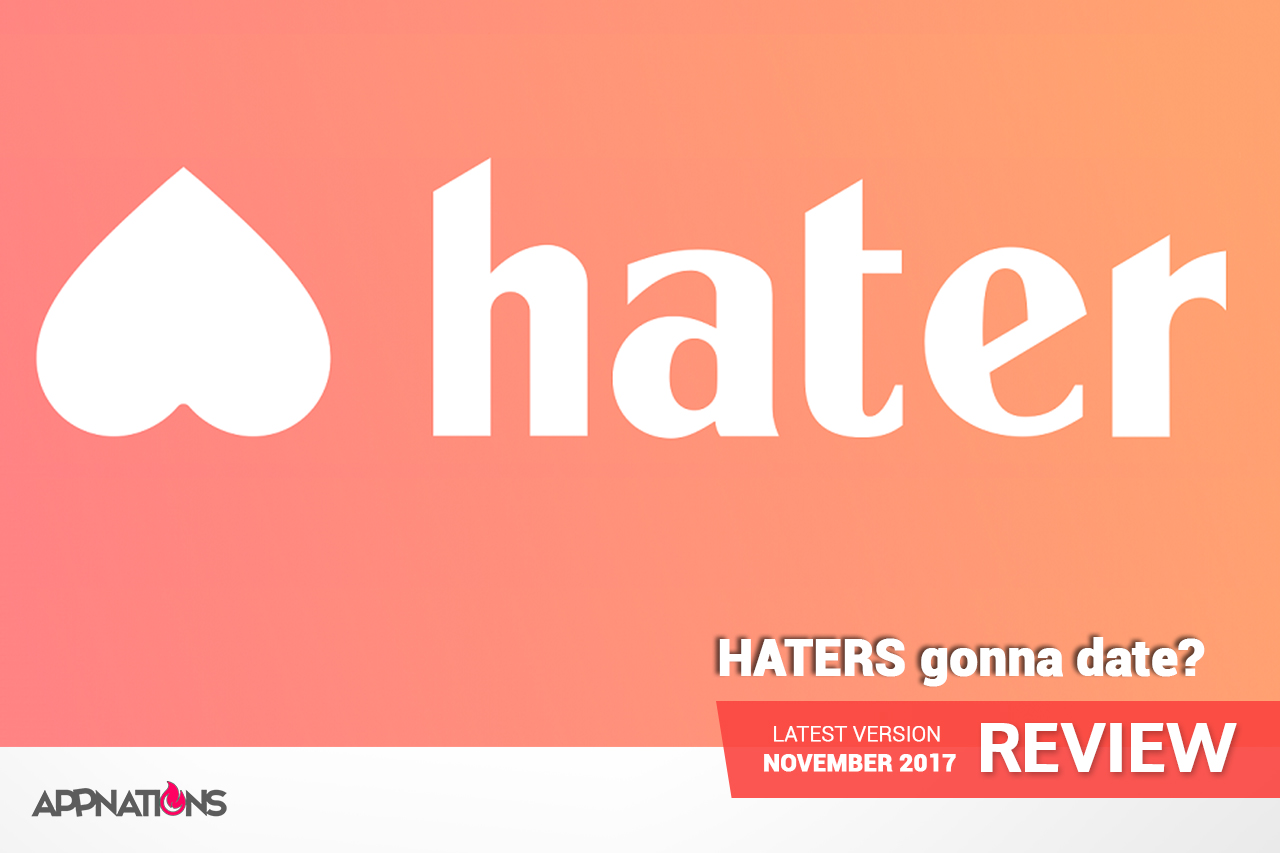 Stuff you hate? well, there is an app that will help you find someone you can date. Introducing Hater; the app that aims to bring people together based on how much they both dislike Taylor Swift, Donald Trump and yes, Donald Trump again.

Available on: iOS and Android

Going on a date with a complete stranger often requires both parties to navigate a minefield of topics and by the end of what is usually a terrible time, figure out whether or not they have anything in common. But, wouldn't dating be so much easier if you already knew all the things that person passionately hated? That is the idea behind Hater, a new dating app that matches people based on everything they both dislike.

The app launched back in February and offers a black-hearted user a selection of various topics; like ween, beliefs, gluten-free lifestyles, veganism and yes, Donald Trump was the third option to swipe on – for me at least. Users also have the option to dismiss a topic if they have no opinion. The app selects a group of people the user might be attracted to based on their shared loathing of certain subjects.

At launch, the app will include roughly 2,000 topics, but the plan behind the ingenious app is to have users generate their own odious topics so that all minority of people who actually hate reality shows – or whatever punches holes in your boat – can actually find one another and have a shot at love.

The whole idea behind Hater was actually a joke, according to CEO, Brendan Alper. He told the Cut that he thought of the app while coming up with sketch ideas after he quit his job at Goldman Sachs to become a comedy writer. "The more I thought about it, the more I thought, hey, even though this was a funny idea, it actually makes a lot of sense," he said.

So how does the app actually work?

A swipe-based app, Hater first has you swipe down for hate, up for love, right for like, and left for dislike or 'opt out' for neutral (there’s also the option to press down and see what percentage of people responded with each reaction).
Aside from being a gimmicky angle into the online-dating-scene, there might be some scientific justification behind the app that suggests Hater might be onto something.

While it's been said that love will tear us apart, maybe Hater will at least help some of us with hate in our hearts hook up more successfully.

Hater uses your Facebook to login, so making an account is easy, or you can use your cell number. The best part about Hater is that I didn’t have to spend time pretending to like things for a bio. Instead, I added a few pictures and started swiping. As soon as you are done setting up your profile it is time to have fun with the app, and start swiping on the things you hate.
You can choose whether you would like to swipe on people internationally or locally, until eventually you're matched with a new hater.

It is refreshing to know that love is out there for any kind of haters. (Even if you love to hate many things).