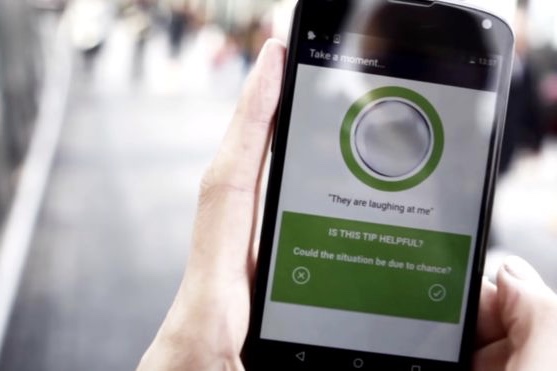 People who suffer from paranoia personality disorder might be offered a new NHS app that encourages them to slow down their thinking and helps with their paranoia.

With the app, users can input their distressing thoughts and use a tool to convey the intensity of the feeling they are experiencing.

The app has been called "the first of its kind", and encourages the user to slow down by asking a series of questions.

Now, the Oxford Health NHS Foundation Trust will trial the app on patients of paranoia in Oxfordshire and Berkshire.

The app is said to be "reassuring."

Research has shown that fast-thinking habits contribute to paranoia – which is one of the most common severe mental health problems.

The trial study will involve 360 people. Some will be given the app, while others will have their usual care – and the approaches will be compared using the results. The app comes from three decades of research by the University of Oxford and Kings College London.

Dr Mar Rus-Calafell from Oxford's department of psychiatry said: "It encourages people to come up with their own reassuring alternatives and keeps record of what has been helpful in times of stress."

He adds that "so far the feedback has been very positive, people say having something they can use wherever they are is really what they need."

Paranoia Personality Disorder affects many people in the world in a negative way. An app that can help with any suffering could be a huge milestone in medical technology through a mobile app.

If you aren't sure exactly what Paranoia involves, watch the video to see what it is in 4 minutes!