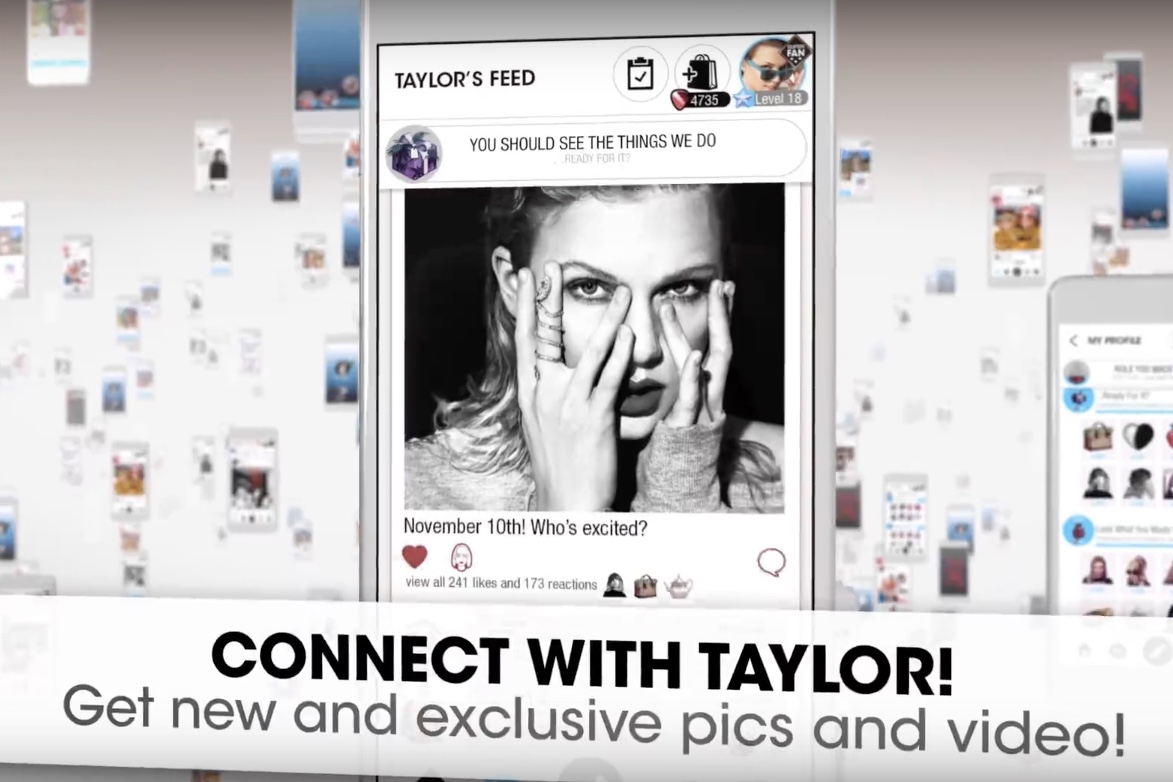 Dear Taylor Swift fans: you might want to save up some blank space on your phone!

Taylor Swift has another surprise for her fans with a soon-to-be-unveiled app! In her newly released video on her YouTube page, the star introduced "The Swift Life" – an upcoming app from the House of Swift designed to be a "creative, inclusive and community-driven place for users to better connect with each other... and Taylor," – according to the video's description.

We don't know yet whether or not Taylor herself will pop up on the app to drop a line, but it certainly wouldn't be a surprise if she did, considering that she's known to not-so-subtly comment on her fans' Instagram posts.

The app promises exclusive Swift content – including "Taymojies" – as well as the opportunity to listen to her new music, chat with other fans and view pictures and videos of the star.

"I think you guys are really going to like this," Swift said to the camera. "I mean – I hope. It would be preferable if you did."

For those excited Swift fans – don't you worry. The preview promises that the app will be available at the end of this year!

In addition, with less than a month until the release of her sixth studio album, there will be plenty of content for the app to showcase!