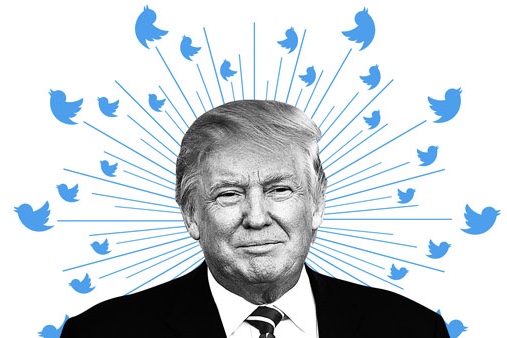 Trump has made himself quite a name on Twitter, posting controversial tweets that seem to rile up the community. His tweets often come close to violating the ethics of Twitter that would normally get people banned and removed from Twitter altogether. Many people have actually challenged Twitter on removing Trump's account, which Twitter refused to do. It's not the entertainment factor that prevents his profile being removed, Twitter stated that world leaders, in general, are important to the Twitter community.

Why would Trump's radical opinion and outrageous statements benefit anyone? Well, Twitter stated that: “Blocking a world leader from Twitter or removing their controversial Tweets, would hide important information people should be able to see and debate. It would also not silence that leader, but it would certainly hamper necessary discussion around their words and actions.” Although Trump was not specified in the carefully crafted response, its pretty obvious seeing that most of his tweets stir up a flurry of debate and mostly panic.

Trumps most recent golden tweet involved inadvertently threatening North Korea stating that his nuclear button was bigger that Kim Jong Un's. This is only one of many thinly veiled nuclear war threats (enough to get anyone else banned) however, Twitter deems his tweets are newsworthy, giving him more freedom than other Twitter users.

Twitter, having defended themselves against this problem before, claimed that they even have a system in place to judge these borderline tweets. The system is described by employees: "We review Tweets by leaders within the political context that defines them, and enforce our rules accordingly. No one person’s account drives Twitter's growth or influences these decisions. We work hard to remain unbiased with the public interest in mind.”

As Twitter states, if Trump didn't have Twitter to poke threats at Kim Jong Un, he would find another way to do so. Either way, the result would end up the same and this way its easier for the media to track.