WE GAVE MR. DARCY TINDER AND THIS IS WHAT HAPPENED.... 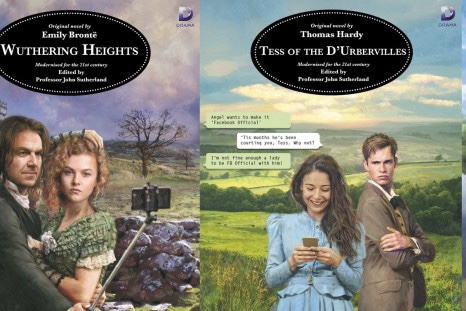 The beloved classic novels are now being revised into modern-day novels. But perhaps not in a good way...

Jane Auten's novel, Pride and Prejudice, has been a classic for years but, what if Mr Darcy had Tinder – you know, just to keep his options open? Technology puts a whole new spin on the story, adding a bit of mystery and a whole lot more drama to the plot. The tale highlights the perils of technology and apps add to modern romance and the level of complication it adds to the dynamic.

Pride and Prejudice, Wuthering Heights, and Tess of the d’Urbervilles have been modernised, giving the characters access to technology, social media and even online dating. Researchers from University College London worked with TV channel Drama to rewrite major passages in the book. Pride and Prejudice has reworked one of the passages in which Elizabeth causes a Twitter storm by accidentally tagging Mr Darcy in a photo she takes of him swimming in the lake.
Wuthering Heights takes a bitter turn when Heathcliff’s stubborn pride drives him to leave comments under Nelly’s Twitter poll: ‘Who should Catherine choose?’. The whole novel has been reworked into being structured as if it they were posts in Mr Lockwood's blogs including comments under each post.
Tess of the d’Urbervilles reworks the romance into online dating using Tinder which all goes wrong as Tess is left questioning the depth of Angel’s love for her when seeing his preoccupation with Instagram and Pinterest.

The reworked novels just go to show how the world's image of romance has changed from sweeping someone off their feet to tagging them in a meme. Communication between partners has changed fundamentally and technology-obsessed love has a different focus.

The reworked novels are available for download at no cost here.